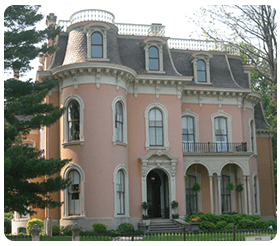 With its hand-painted ceilings, carved staircase, marble fireplaces and elaborate plasterwork, the Culbertson Mansion reflects the affluence of a man once considered to be the wealthiest in Indiana. In 1867, William S. Culbertson spent about $120,000 to build his grand home in New Albany.

The three-story, Second-Empire mansion encompasses more than 20,000 square feet and contains 25 rooms. The facade, east elevation and west elevation all feature semi-circular bays, allowing plenty of light into the rooms. Built by brothers William and James Banes, it was one of the most striking homes on Main Street.

No expense was spared in decorating the interior of the home. The family hired artists to paint the designs on the walls, ceilings and cornices of the first and second floors. Artists used the technique of trompe l’oiel in several rooms to mimic paneling, molding or other textured surfaces. Special tools were used to create the look of wood graining. Many of the floors were hand-painted with this “faux bois” graining. Other rooms were covered with wall-to-wall carpets.

Cardinal Ritter also became a national leader and pioneer by being the first leader to desegregate any schools in the nation (the Catholic schools in Indianapolis and St. Louis) and also as a consultant on desegregation to public school systems when it became a federal law years later.

Some of his friends at that time included Supreme Court Justice Sherman Minton (also from New Albany) and the junior Senator from Missouri, Harry Truman, who we believe later as president consulted with the Cardinal about desegregating the armed forces. Cardinal Ritter also became a true world leader in the Catholic Church with his influence in many of the significant changes made at the Vatican II conference. Click here for more information on the Cardinal Ritter House

Honored by the Library of Congress Bicentennial Local Legacies Project in 2000, Harvest Homecoming, a festival drawing hundreds of thousands of visitors to New Albany, Indiana, has been thriving and growing since 1967.

The festival was conceived as a means of bringing the people of Southern Indiana together to share in its wealth of talent, historic background and beauty. What is now over a week of events began as a three-day “Pumpkin Festival,” a civic effort by the Tourism Bureau of the New Albany Chamber of Commerce. It is now run exclusively by Harvest Homecoming, Inc., a non-profit organization fully operated by volunteers and sponsors. Please click here for more information on the Harvest Homecoming Festival

Sam Peden Community Park is the largest park in Floyd County at a size of 104.5 acres. People visit from all over Floyd County (and some from outside of Floyd County to enjoy the park. Fifteen water acres have also been used in developing the park; citizens may fish, or even take specified boats out on Kiwanis Lake. In addition to the water activities, there are 5 covered shelters with tables, 4 playground areas, 3 restroom facilities, 6 basketball goals, 11 tennis courts, a sand volleyball court, 6 horseshoe pits, and a 1.25 mile trail for walking, jogging, or biking. The Southern Indiana United Soccer Association also plays some of their games on the several soccer fields available at the park.

Greenville Park is a resource to many in the Greenville, Indiana and surrounding area. This 14 acre park is convenient to Highway 150 and includes two softball fields, 2 basketball goals, 1 covered shelter with tables, restroom facilities, and playground equipment.

Another nice park in Floyds Knobs, Letty Walter contains 500 linear feet of bank within its boundaries, and Little Indian Creek runs through it. Contained in its 34.5 acres are 1 full court basketball court, a football and soccer fields, a covered shelter with tables, 1 baseball field, 2 tennis courts, and playground equipment.

This unique area offers beauty and nature at it's finest and is one of the few handicap accessible nature trails in Southern Indiana. Located in the 3300 block of Budd Rd. 122 acres of land with one paved trail. 1/3 mile path leads from the parking lot to the trail head. The completed path is approximately three-fouths mile with additional paths to be opened as early as this Fall. Benches are located along the path to rest and a covered gazebo is near the entrance. There are foot bridges over creeks and a waterfall. Dogs are welcome on the trails and must be leashed at all times with waste removal. There is a solar powered automated system that tells the history of the site. The hours are from dawn to dusk 7 days a week.

This is one of the smallest parks in the county. It offers 2 basketball goals, restroom facilities, a covered picnic shelter, and 1 horseshoe pit. This park mainly serves the immediate, surrounding neighborhood.

More information to come on the newest park in Floyd County.

Points of Interest in Floyd County

The Duncan Tunnel, the longest tunnel in Indiana, was built in Floyd County in 1881 between New Albany and Edwardsville. Because no route over the Floyds Knobs was suitable for a railroad line, civil engineers decided to tunnel through them. The project took five years to bore at a cost of $1 million. The Duncan Tunnel is 4,311 feet long. 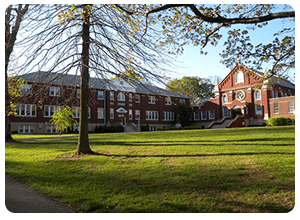 Mount Saint Francis is a multi-purpose complex owned and administered by the Conventual Franciscan Friars of the Province of Our Lady of Consolation. Following in the tradition of their founder, St. Francis of Assisi, the friars maintain the Mount as a residence and a sacred space of welcome.

A primary ministry is the Center for Spirituality, which provides opportunities for spiritual renewal to all people. The friars also make the Mount available to other organizations whose purpose is to encourage religious and human enrichment, all being done in a context of respect for creation and the sanctity of life in all its forms. Click here for more information on Mount Saint Francis

Loop Island Wetlands is a 47 acre natural wetlands adjoining the Ohio River in New Albany. Originally Silver Creek formed a “loop” here which created an island. An 1854
map noted this “Loop Island” and was the inspiration for the current name proposed by Al Goodman in 1990. The island and adjoining marsh area is home to many types of wildlife. Boats were built on the island in early 1800’s and the island had a cornfield on it in the 1940’s. Click here for more information on the Loop Island Wetlands

The Padgett Museum features “By the River’s Edge” a permanent exhibit which details New Albany and Floyd County history. It displays such items as a land grant signed by Patrick Henry, the chain used to measure the original streets of New Albany and examples of New Albany glass and pottery. The Padgett Museum is located in the Historic William Young House, Built in 1837. The building’s architectural style is Federal with strong Greek Revival influences. 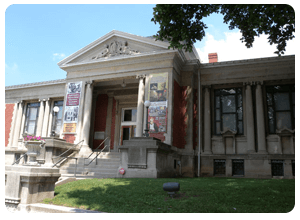 Valley View Golf Course is nestled in the beautiful hills of Floyds Knobs, Indiana. Just west of New Albany, Indiana. Valley View is located at I-64 and State Road 150 north. Valley View Golf Club is just 10 minutes away from downtown Louisville, Kentucky and is a beautiful public golf venue, offering many challenges to the novice and expert golfer a like! The only 18-hole public course in Floyd County, this 6,910 yard, par 72 track has a variety of holes and challenges and is open year-round (weather permitting). 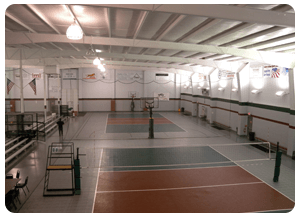 The Southern Indiana Sports Center (SISC) is a multi-purpose sports facility complex. There are 4 courts that are used year-round for volleyball and basketball tournaments, adult leagues, practices, recreational play, as well as special events throughout the year. In addition, various open gym time is available through the year as well as a mezzanine and commons area that can also be rented for special events. Also, SISC offers daily and yearly passes to our second floor weight/exercise room. There are men’s and women’s locker rooms available with showers. The Floyd County Parks and Recreation Department headquarters is located in this facility.